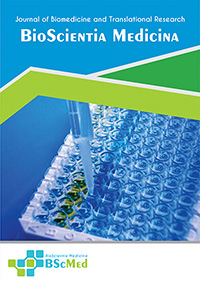 Background: The cause of weaning failure is multifactorial. One of the causes was Ventilator Induced Diaphragm Dysfunction (VIDD) due to thinning process of the diaphragm thickness. Decreased diaphragm muscle mass might occur due to inflammatory process.

Methods: The study was an observational analytic study from September 2018 to January 2019 in Mohammad Hoesin Hospital, Palembang â€“ Indonesia. Ethical appoval for the study was obtained from Ethics Committee and subjects were recruited after signing the informed consents. Only 30 subjects were involved in the end of the study. About 6 mL of blood sample from cubital vein was withdrawn from each subject to measure neutrophils and lymphocytes. Patientsâ€™ diaphragm thickness was measured by using ultrasonography on 0th, 3rd, 5th day. Collected data were then analyzed with STATA 15.

How to Cite
Haloho, A., Sedono, R., Sugiarto, A., & Zulkifli, Z. (2020). Relationship between Neutrophil to Lymphocyte Ratio with Diaphragm Thickness in Critical Patients. Bioscientia Medicina : Journal of Biomedicine and Translational Research, 4(2), 1-9. https://doi.org/10.32539/bsm.v4i2.121